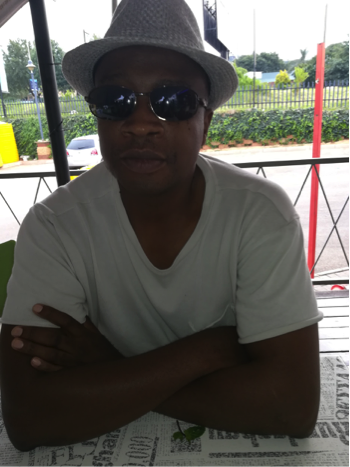 South Africa: Manager at Department of Arts and Culture Johannesburg

Mpho graduated with a Bachelor of Music (BMUS) degree specializing in Jazz and Composition from Wits University in Johannesburg in 1994. After failing to join Berkley College of Music in Boston School where he was already accepted in 1995, he then joined FUBA Arts Academy as one of their Music tutors. Later that year he joined an organization called Mmabana Arts and Sports Foundation as a Manager and Head of Music Department. At this institution he was responsible for the development and design of curriculum for a range of music modules.

These included a variety of programmes such as Music and Entertainment Business, Artists in Schools (Teaching Artists) and many others.

In between the jobs he managed to undertake postgraduate studies in Public Development and Management as well as Business Administration and Leadership. The purpose of undertaking these studies was to position himself for employment in government where he could reach out to more people, especially to the young people in the public schools.

In 2003 he joined my current employer, the National Department of Arts and Culture as a Programmes Manager for Arts Education and Training. His key performance area was to propagate for the inclusion and mainstreaming of arts education in the National Schools Curriculum. This meant that he had to establish strategic relationships with the Department of Basic Education at National and Provincial Level. South Africa is a constitutional democratic country with nine distinct provinces. All policies regarding the curriculum are developed at National government level and the Provinces are tasked with its implementation.

Currently, arts education is a policy imperative within the education curriculum in public schools. However, challenges to implement this policy remains huge, particularly within the context of scarcity of human and financial resources. His task at the Department is to continue to advocate for arts education in the public schools and mainly to position the Artist as an invaluable resource in assisting the current teachers to provide good quality arts training to the learners in in the public schools. Unlike in the majority of the countries in Europe, North America and Asia, most of the teachers that are tasked with the art subject do not have the expertise nor academic qualifications to provide any meaningful training therein. It is on this backdrop that we at the Department of Arts and Culture are providing the artists to partner with the teachers in the delivery of the subject in the public schools