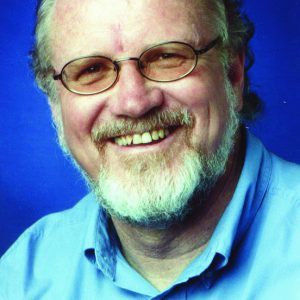 In 2016 Brad Haseman completed thirty years with the Creative Industries Faculty at the Queensland University of Technology where he was Professor in Drama Education and held a range of senior leadership posts. As a drama teacher, speaker and researcher Brad has pursued his fascination with the aesthetics and forms of teaching and learning for over 40 years. He has pioneered a number of fields, publishing foundational scholarship in drama in schools and arts education, (process drama), arts research (performative research) and community engagement practices (applied theatre and teaching-artistry).

From 2007-2011 Brad served as Chair of the Community Partnerships Committee of the Australia Council for the Arts where he was actively involved in developing strategic priorities for the Arts in Education and Artist in Residence programs for Australian schools and communities.

In 2015 he was a lead consultant in developing strategic priorities in capacity building for the Australia Council. In 2014 Brad co-convened the 2nd International Teaching Artist Conference held in Brisbane, Australia.

He is a member of research teams investigating creative practice in learning. These projects include Australian Research Council funded projects Digital storytelling and co-creative media and Developing applied performance programs for HIV and AIDS education in Papua New Guinea.

Most recently Brad co-authored Dramawise Reimagined (Currency Press, 2017) and is currently the lead designer/curator on ‘The Basics of Teaching Artistry’ an online course for Kadenze, a US based platform with global reach, due for release in 2018.