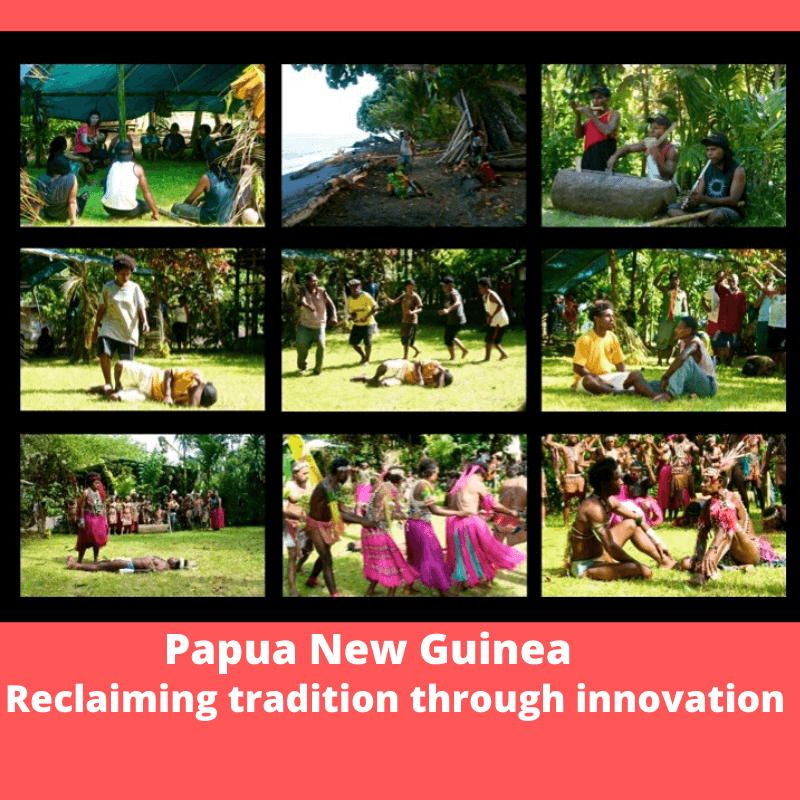 After a few years of quite productive activity, it was clear to all that many of the most effective workshop techniques were drawn from bodies of practice which originated in the UK and the US. Were there not indigenous knowledges and performance traditions which could not be used to advance the social value of the work; to move beyond the predominantly white and Western pedagogies and aesthetics?

A significant breakthrough came when we met local actors and directors who recalled the work of Raun Raun Theatre based in Goroka, PNG. The late 1970’s and early 1980’s was a period of extraordinary invention and experimentation for Raul Raun. During those years they developed a distinctive form of theatre which brought together many of the diverse performance characteristics of PNG traditional communities. Known as ‘Folk Opera’, Raun Raun established the framework of a genuinely intra-cultural theatre for PNG. The Life Drama teaching artists were fortunate to track down and then work with the senior members of the Raun Raun; those who had invented Folk Opera. This framework consists of three interweaving aesthetic elements: Story Force, Feeling Force, and Picture Force.

With the permission and support of Raun Raun senior artists, Life Drama adapted the Folk Opera framework to help with its aesthetic work focussed on the prevention and treatment of sexually transmitted illnesses including HIV. In so doing the Life Drama teaching artists actually helped Raun Raun and other theatre groups in PNG to reclaim and reuse the Folk Opera form developed fifty years earlier.

The work of Raun Raun during this period of creative discovery has been detailed in the book by Greg Murphy, Raun Raun’s founder and first Director.

The University of Goroka