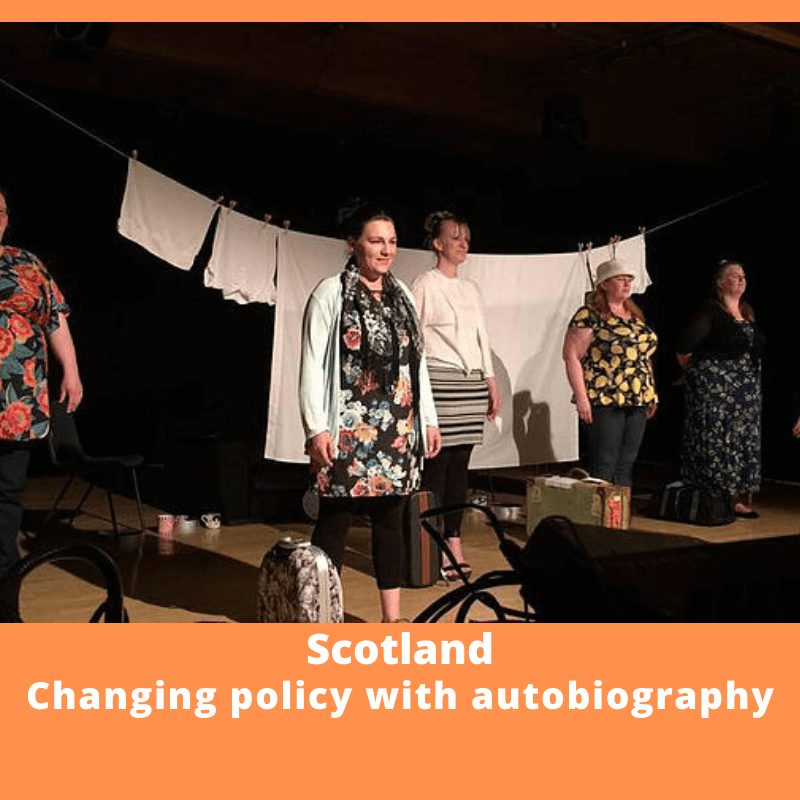 MODUD VIVENDI – THE WAY IN WHICH WE LIVE.

The now demolished Fraser Avenue, was once dubbed as “one of the worst streets in Fife”. It is an area that was in the top 10% high on the Scottish Index of Multiple Deprivation.

The residents, their families of Fraser Avenue and the wider area formed a community group back in in November 2012.  It consisted individuals who identified as; Single parents, Adults on low incomes, Individuals who have mental health issues, People with low self-esteem, individuals who lived inaccessible housing and who struggled to have their voice heard.

The group with support from the regions Community Learning and Development Team hoped that this collation of voices would lead to accessing better Council services, advice and support with their individual and highly personal circumstances; housing, employment and if possible skills development in the form learning and development.

The group identified a number of short, medium and long term priorities which include addressing issues in the street, housing and living conditions, approaches to improving their own health and well-being.

A number of residents have expressed an interest in taking part in a drama project a as a means to developing their interpersonal skills, relieving stress, discussing issues in a supportive environment and using their real life experiences as a basis to create/perform a piece of drama.

Clara believes in “using theatre as a form of advocacy is an immediate and effective method to convey the world in which these women and countless individuals like them live”.

Clara and Jo had the pleasure of working 6 women from the group all tenants from that neighborhood, These 6 women from Fraser Avenue were non actors, they were real women, with little to no Theatre experience but wanted to share with the local Councilors and policy makers through an autobiographical performance about life in a community living in substandard housing, exposing their real life experiences as a means to explore the hardships they face, to highlight urgency of the situation by reflect their here and now to use theatre as a vehicle for political activism to effect social change at local and national levels.

“We had  to do this to show our children that together we can achieve change,” said Sam a member of the community group and of Fraser Avenue.

“The audience is made up of people in positions of power (local government, service providers) and local community members.  They were  invited to join the women for cuppa and a slice of cake and participate in a dialogue about what they can do right now to effect the change needed for a fairer society and so far their responses are very encouraging,” said Jo Ross, Playwright

Robert McGregor, Policy Officer, Fife Council who attended the  production of Modus Vivendi said – “this was a terrific performance and I have listened and reflected and I will make sure the messages are part of Fife Councils Policy and delivery response.”

Since 2015 this collective of women; Clara Bloomfield, Jo Ross and the very active Community Group created socially responsive autobiographical performances Can you hear us?,  Sole Searching and Modus Vivendi.   Presenting their work not only to the local community but to local Government  and to the Scottish Parliament to highlight what it is like living in poverty and to lobby for better support for families like themselves to gain better access to services and information to aid their daily living.

These productions was instrumental in bringing forward the Regeneration of Fraser Avenue which been demolished as did not not meet the Scottish Quality Housing Standards,

Alex Rowley, MSP who sponsored the group to go take their work to the Scottish Parliament is a great supporter of this collective said, “We need to understand better the root causes of poverty and take a community led approach to achieve a fairer society.”

*Clara Bloomfield, is Scottish based award winning freelance Theatre Maker Socially Engaged Artist who creates immediate and responsive theatre with individuals in a range of professional, community, health, educational and social contexts to tell the stories of everyday people that act as a tool for social change.