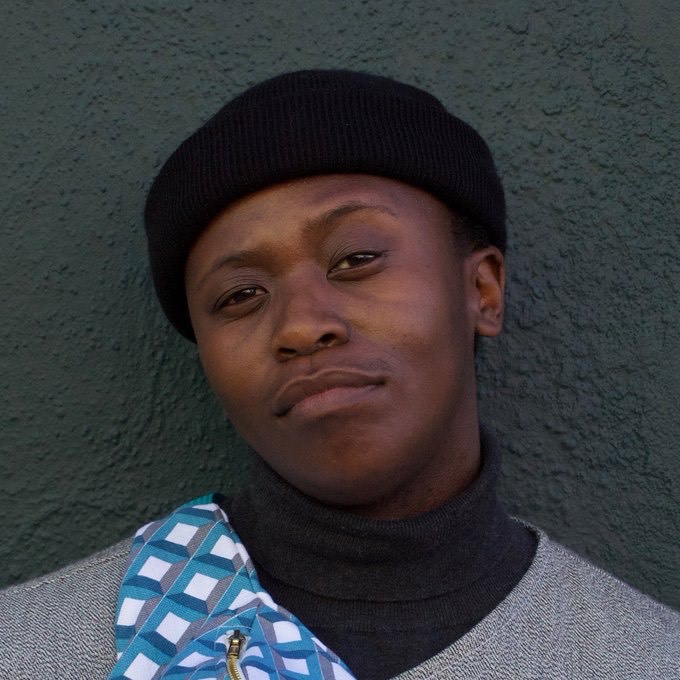 Lee Mokobe is an internationally published poet, screenwriter, literary editor and visual artist hailing from Cape Town, South Africa. Their work focuses on human rights (focus on gender inequality, education and LGBT issues) and African history.
They are the youngest TED Fellow in history. A 6 x TED and TEDx speaker, 3 x TED.blog writer contributor. They are the first African to win Brave New Voices International Youth Slam Poetry.  Mokobe has performed all over the world including at the Barclays Center, The LGBT Center, LA YouTube Space and Vidcon. Their work has been featured by The Fader, Al Jazeera, New York Public Library, Philly.com, Ideas.Ted, Soulpancake media, OkayAfrica, Leeway Foundation, NPR, and Sundance NEXT Film Festival. Their work around climate change and environmental justice was featured in TEDCountdown and Fine Acts.
Their work has graced the stages of the National Museum of African American History and Culture as part of a special LGBTQ+ installation where they were the first transgender person to perform and speak on trans people in Africa. They also trail blazed as the first transgender person to be featured in Converse's Forever global campaign. And also featured as a prominent African non-binary leader in Beyonce Knowles And Gucci's Chime for Change as part of The Future is Fluid Campaign. Their works have been exhibited and published in 5 continents namely Harvard School of Education, The University of Calcutta and even in the NSC South African  high school curriculum. They have partnered with Adobe, Sundance, Twitter, Instagram, Gucci America, Hulu Pridefest as a human rights activist and performer. Their work has been published alongside Barack Obama and Harvey Milk in Loud and Proud (LGBTQ Speeches that shook the world).
Mokobe has worked with various non-profit organisations in the United States, especially in youth development. Having gained nominations and awards for their work in youth development and career advancement for township youth in South Africa. Mokobe has been shortlisted for the Muhammad Ali Humanitarian Awards and Won the Adobe Creative Catalyst Award for their innovation of media content creation in Africa.